Only got a couple of days to get to know a new city? Our Big Five City Guides can help. We break each destination down into culture, history, dining, shopping and relaxation must-sees and dos. Monica McInnes checks in from Wagga Wagga...
Monica McInnes
Wagga Wagga
Australia, City guides, New South Wales, Travel tips
Find tours and experiences

Located at a crossroads between four of Australia’s capital cities and on the banks of the mighty Murrumbidgee River, Wagga Wagga has many claims to fame.

If you are driving to Wagga, as the locals call it, allow about five hours from Sydney, two and half hours from Canberra, four and a half hours from Melbourne, and eight hours from Adelaide. Otherwise, jump on a direct flight from Sydney or Melbourne. On arrival you’ll discovery a city oozing history and culture — and with a wonderful gourmet food scene to boot.

From lazy summer days spent relaxing by the Murrumbidgee, to enjoying the dramatic colours of autumn in the city’s parks and gardens, warm winter dining, and the festivals and events held in spring (including the Wagga Wagga Show), Wagga has something to offer visitors all year round.

Summer temperatures hover around 30 degrees (perfect weather for the Cork and Fork Fest in February), while winters get down to the low teens. Expect some rain. Spring and autumn bring the best of both worlds. They are usually mild with average temperatures in the low twenties.

Wagga Wagga is home to the Wiradjuri first people, and means ‘a place of many crows’ in the local language.

The Wiradjuri Nation is the largest in New South Wales and there are lots of opportunities for visitors to Wagga Wagga to learn more about its traditions. The best place to start is on a tour with Bundyi Cultural Tours. Wiradjuri man and tour guide Mark Sadler immerses guests in the intricacies of his people’s cultural heritage.

Find out more about the Wiradjuri people at the Museum of the Riverina by the Botanic Gardens. You’ll also discover details of those who have helped shape the city since European settlement in the 1830s. Learn about local war heroes and the complicated case behind the famous Tichborne Trial, and browse the memorabilia in Wagga Wagga’s Sporting Hall of Fame. Interestingly, the high proportion of sporting greats that have come from the city across a variety of sports (including all of Australia’s football codes, cricket, cycling, horse racing, harness racing, dance sports, gymnastics, lawn bowls, rifle shooting, pool, swimming, netball, softball, hockey, tennis, table tennis and fencing) has become known as the ‘Wagga Effect’, and has been documented by researchers from the Australian Institute of Sport.

Back in town, visit the museum’s other site at the historic Council Chambers. It’s home to various travelling exhibitions, but the main drawcard is being able to step inside the circa-1881 building. Remember to look up at the superb period detail of the ceiling.

Across the road, you’ll find the Victory Memorial Gardens. Wander the crushed stone pathways past war monuments and memorials. Take some time to read the inscriptions to learn more about the area’s rich military heritage. Head towards Wollundry lagoon and while away some time watching the ducks being fed by members of young local families.

For more military history, head to the RAAF Wagga Aviation Heritage Centre just outside town. It’s housed in the original 1940s guardhouse, complete with cells for misbehaving personnel. Head inside to learn about RAAF customs and traditions, recruit training, apprenticeship school, technical training, and the training of military dogs. Outside, there’s a display of various aircraft. Don’t miss the most recent acquisition — a decommissioned F-111 fighter jet.

Wagga Wagga has a rich arts culture and there are plenty of places around the city to indulge your inner artist.

In the council precinct, be captivated by the intricate artworks on display at Australia’s National Art Glass Collection — part of the fabulous Wagga Wagga Art Gallery. At the entrance you’ll see the bright Toorak Ceiling artwork by Australian Leonard French. It was commissioned in the 1970s by the Wicking family for their Melbourne home. Further inside, the ground floor is devoted to exhibitions while the permanent works are located at the top of the angled stairs. Together, the two floors house the country’s largest public collection of studio glass art.

Nearby, overlooking the Wollundry Lagoon, is the Civic Theatre — which hosts theatre productions, concerts and stand up comedy. Look out for the free Australian Army Band Kapooka lunchtime concerts.

Paper Pear on Gurwood Street is the studio and gallery of local artist Stephanie Day. Stephanie’s handmade cards are stunning. The gallery also showcases the work of other artists from across Australia. There are paintings, jewellery and sculpture on display.

Next door is Scooter Flowers — an icon in its own right for stunning flower arrangements (it’s well worth popping in for a look). The sweet scents blend with the aroma of coffee brewing at Sista Sparrow Espresso Bar — one of the best cafes in Wagga.

On the next block over, you’ll find the latest addition to Wagga’s cultural scene: Rabbit Books Art House Studio. Thumb through unique and rare books, carefully sorted into categories on the floor to ceiling shelves. Sip a latte, a whisky or a glass of red, and read away your worries beside the crackling fire. On the other side of the cosy bookshop, watch as artists create the quirky works that adorn the walls.

Wagga Wagga’s diverse dining scene has something to offer every taste.

The Thirsty Crow is famed for its unusually named pizzas, such as the vegetable-laden Unemployed Scarecrow or the 2am Kebab (complete with mountains of tabouli). However, most people come here for the craft beers brewed on-site, many of which have received international acclaim. The beers have equally unique names, such as Murder Pils and Dark Alleyway. Take a tour of the microbrewery with one of the brewers.

For something a little more refined, head out of town to Magpies’ Nest for a set three-course dining experience. Surrounded by vineyards and olive groves, the historic stone-clad stables-turned-restaurant offers an ever-changing menu of seasonal dishes. It’s famous for weddings, so a weeknight booking is your best bet.

If it’s a genuine ‘paddock to plate’ dining experience you’re after, you can’t go wrong at Mates Gully. Delicious meals are created using ingredients grown on the restaurant’s own farm. Produce is picked fresh for your plate each day, and in true organic style, restaurant waste is recycled to feed the chooks!

For a great breakfast or brunch, drop into The Pot ‘n’ Kettle cafe. A house-blended coffee is the perfect accompaniment, and you’ll get to enjoy the cafe’s homemade relishes or condiments (some prepared using grandma’s secret recipes) with your meal. Mind the teapots in the garden!

Where to shop in Wagga Wagga

Shopping for fresh produce and gourmet goods is one of the highlights of a visit to Wagga.

Time your stay to coincide with Thursday afternoon’s Riverina Producers’ Market at the showgrounds. It’s a great opportunity to connect with local growers and food producers.

Across the region, there are gourmet offerings to be enjoyed. Pick up fresh fruits from Verducci Produce, local drops from Borambola Wines and boutique beers from Tumut River Brewing Co, olives and oil from Wollundry Grove, native flavoured cheeses from Coolamon Cheese, zesty condiments from Highfield Farm and Woodland, fresh-baked breads from Quinty Bakehouse, and sweet treats from Junee Licorice and Chocolate Factory. Goodies in hand, head to the nearby Botanic Gardens for an afternoon picnic.

For souvenirs with a difference, head to The Wagga Shop (inside the Visitor Information Centre on Tarcutta Street). Popular products include the handmade bags and scarves in the official Wagga Wagga tartan fabric, or the unique alpaca-yarn winter woollens — woven locally by Ashculme Textiles. On Tuesdays, or by appointment, you can head to their farm and studio in Lake Albert to meet the alpacas and see the looms on which these works of wearable art are created.

Ways to relax in Wagga Wagga

Mix it with the locals at Wagga Beach — a naturally occurring sandbank on the Murrumbidgee River.

Warm up in the sun on cooler days, and cool off in the water when the weather is hot. For a truly local experience, walk a little further upstream, find a spot near the rocks to ease into the water, and float back down to the beach. It’s called the ‘Wagga Beach float’ and is recommended for competent swimmers only (as current can be strong).

Take your morning or evening stroll along part of the 42 kilometre Wiradjuri Track, which runs parallel with the Murrumbidgee River. The Wollundry Loop is 12.1 kilometres and winds its way along the river and around the Wollundry Lagoon in central Wagga. Chances are you will take it without even noticing!

For those looking for some serious holiday ‘me-time’, enjoy a soak in a copper bath filled with liquids more commonly served in china or glass! After your coffee and chamomile or perhaps red wine soak, indulge in a massage, facial or body exfoliation in the historical surroundings at Circa 1929 day spa.

Do you have any tips to add to our Wagga Wagga travel guide? We would love to hear from you. Please leave a comment below. Wollongong travel guide & things to do Ten top things to do in Dubbo

Ten top things to do in Mildura 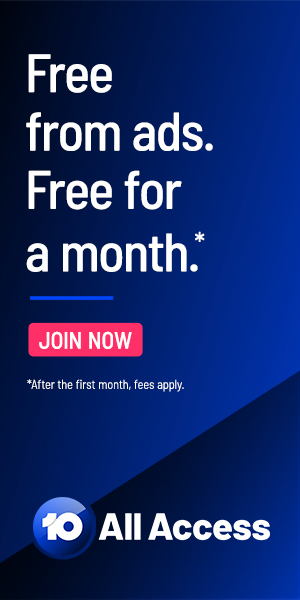 Top tips for attending a football match in Buenos Aires